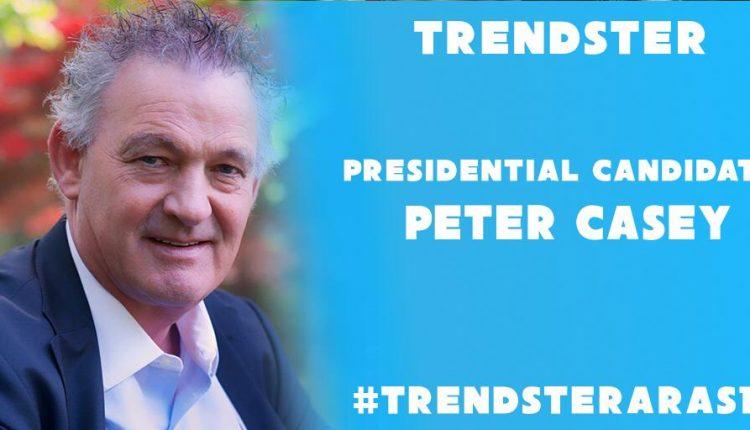 The third candidate to accept our interview request was Peter Casey. I spoke with Peter over the phone on Tuesday, 16th of October, 2018.

Page 1 of 8 :
Why did do you decide to run for the Presidency?
Next Prev

1. Why did do you decide to run for the Presidency?

It’s something that I’ve always, for some strange reason, I’ve always had it as a goal of mine, and… my mother and father were very focused, and very… they encouraged all of the children to believe that could achieve anything they wanted to… I really believe that the presidency of Ireland is such an amazing opportunity to make a difference to people’s lives, we have got the most amazing diaspora, the most, our greatest national asset is our people that, you know, we’ve got seventy-five million, there’s no country on the planet which has got such an amazing diaspora… it’s our greatest, and I said it the other day there, our most underutilised, and undervalued national asset, and you know, if we can, connect with that, and really tie it together in a meaningful way… the ability of the government here to influence the lives of the people in Ireland will be enhanced enormously… it’s just something, I’ve travelled extensively, I’ve actually been a third of my life in Ireland, a third in Australia, a third in America, I’ve over twelve millions miles, you know, which is about 400 times around the world… you know, and I’ve been in every continent except Antarctica… you know, anywhere you go you meet Irish people, and they’re all so, proud to be Irish, so passionate about being Irish, you know… you almost have to leave Ireland to understand how amazing it is to be Irish, you know…. and I think, I’ve got the experience, the international business experience, you know just… experience of just being around and just seeing what a small place the world is, in reality… and you know, it’s the right time now for me to take this direction, this move in this direction… you know, my family have reached the age where they’re all going their own way, and my businesses, its able to survive without my involvement which is great, and… the stars aligned.

Coats To See You Through Autumn and Winter