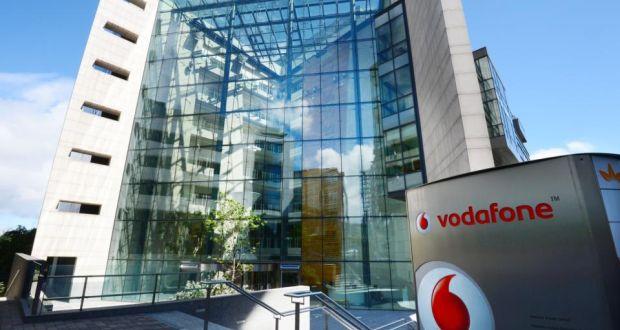 The State of Vodafone in Ireland: Summer 2018

Vodafone continues to demonstrate its ability to innovate, time and time again, putting the customer first. Recently, the network carried out Ireland’s first live 5G test. It’s successful implementation of NB-IoT, one of the first in Europe, means millions of devices can now connect to one network. This allows the Internet of Things to expand on a mass scale, opening new opportunities for businesses and cities. The network, through its partnership with the ESB under the brand SIRO, has continued its efforts to provide gigabit broadband to towns and villages. Vodafone also tested gigabit 4G speeds last year, as part of its ever-expanding 4G+ network. Vodafone’s presence in the Irish market has brought huge benefits to both the individual customer and businesses.

Vodafone has Ireland’s largest 4G network, its managed to maintain that title for many years now. It now claims over 96% 4G population coverage, with at least 90% 4G population coverage in every county. That’s a huge achievement for Vodafone, it means its network reaches more people than Eir or Three. The omnipresence of Vodafone’s 4G network has allowed it to have the largest customer base in the Irish mobile space.

ComReg’s latest Consumer Line Statistics Report shows an interesting trend. Vodafone has the lowest number of complaints among Ireland’s mobile networks relating to service issues. This isn’t surprising considering its network is the largest, fastest and most reliable.

In terms of standard 4G speeds, I can say that they have remained steady even as data usage has skyrocketed. There are areas where Vodafone’s 4G network fairs pretty poorly during rush hour because of insufficient capacity. These congestion issues will only be exacerbated over time if not addressed. Ookla’s most recent report on the Irish market paints a very pretty picture for the company. Vodafone has the fastest mobile network in nine out of the ten most populated urban areas in Ireland, an incredible example of its network prowess. Its average national speed is 24.33Mbps, almost a full 10Mbps faster than the second fastest network.

It remains unclear about the roll out of VoLTE and WiFi Calling on Vodafone’s network. To be honest, I don’t believe these are a major priority for the network at the moment. On the topic of roaming, I still think it is ridiculous that Vodafone is the only Irish network to offer true 4G roaming across the globe. I should mention, however, that there have been suspicions that mobile customers roaming abroad have had their service throttled quite significantly. Unfortunately, I cannot comment on this as I have yet to experience such issues.

Vodafone’s 3G network continues to become faster, as more people shift to 4G networks instead. Vodafone has Ireland’s largest and fastest 3G network. It outperforms Eir’s 3G network by quite a bit and is ahead of Three. The 3G network carries HD Voice calls between Vodafone’s customers, who were first to gain access to the technology in Ireland.

To conclude, it’s fair to say that Vodafone is the most innovative mobile network in Ireland that has consistently shown its commitment to invest in the country to one day fulfil its goal of creating a ‘Gigabit Society’ in Ireland. That goal is becoming closer to a reality every day. It gives me great pleasure to say that when that goal is fulfilled, it will benefit everyone in Ireland and provide the tools for the next generation to be even more innovative and transformative than the last.

This is the first of a 3 part series of articles examining the state of Irish mobile networks.

Three Is Nearing The End Of A Long Struggle