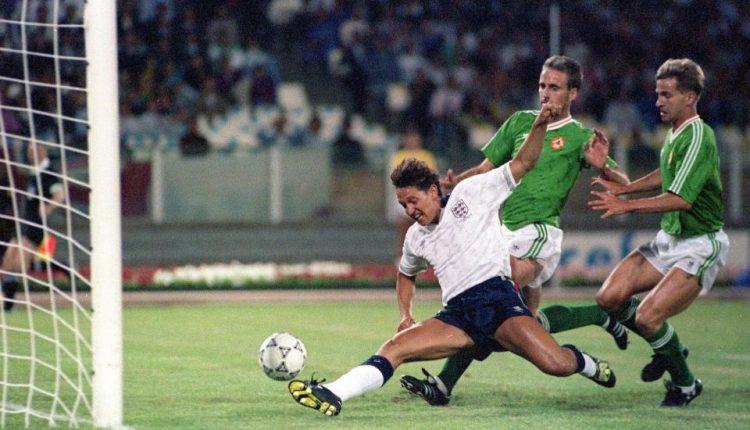 It's a matter of history

In the 94th minute as the English players ran into the centre circle to restart, the Colombian fans were celebrating wildly inside the Otkrytie but so were many Irish viewers in their homes and local pubs.

The thought of England being so dominant until the last minute of ordinary time only to find themselves somehow losing would be the most Englandly way for them to go out of the tournament, and one which many Irish people would celebrate just as they would if Ireland ever managed to score another World Cup goal.

Unfortunately for those fans, a Jordan Pickford save, and a cool-headed Eric Dier denied them of their celebrations as England won the match 4-3 on penalties.

Our hate of the English football team is contradictory in that many Irish people support English teams, we laugh as they bring up how they won the World Cup in ‘66 but how long has it been since someone told you the story of Saipan or Italia 90 where we made it to the World Cup?

We laugh at the memory and video’s of Diego Maradona’s Hand of God goal in ‘86, but don’t you remember the injustice of Thierry Henry’s handball in 2009? That would have been our tournament.

And last night my twitter feed was filled with jokes about England bottling yet another chance to progress in the World Cup and this time it was through the supposed “easy” side of the draw.

Ask anybody why they hate the English national team so much their answer will most likely be “because they’re English”. As a nation our hatred of England is inconsistent, we may love their teams and enjoy their tv shows and music, but we hate the people and the country itself unless of course, they benefit us.

Take for example the penalty shootout against Romania in Italia 90, out of the five players who stood up to take a penalty kick all of them were born in the UK and do you think anyone cared when David O’Leary sent Silviu Lung diving the wrong way to book us a place in the quarter-finals? Not a chance.

So yes, we may share a difficult past with them, but the country has also given us a lot and has become a second home to many Irish people. We need to move on. Ireland’s hatred of England is based on history and a dated view of the world for a country that has been pulling further and further away from its past.

Jonathon is a 19-year-old from Dublin who is currently studying journalism at Dublin City University (DCU). He enjoys writing about sport and technology.

Start-Up Of The Week: Kogii

Ireland will Face Switzerland and Denmark in Euro Qualifiers