The Leaving Cert can be a stressful year so here are my leaving cert student tips so you can exceed your expectations. With secondary schools up and down the country heading back into a new year in the coming week, it brings back memories for me of my first day of sixth year, only a mere 12 months ago. There’s no denying it’s scary, the thoughts of all the decisions to be made, the nights to be spent studying and the gruelling process of practical’s, orals, and exams ahead of you.  I didn’t get 7 H1s in my Leaving Cert, so I can’t guarantee you 625 points. However, from the perspective of a student who’s made it out the other side, here are the six best tips I can give you to get the most out of the year ahead of you;

So, you’ve finished fifth year, had the summer of your life and you are now wondering how you’ll ever get back into any form of a routine. Maybe you did nothing in fifth year and now the nerves and regret are starting to kick in. Although fifth year is an important year, I want to stress that it is never too late to turn things around. Sixth year is a fresh start, and if you slipped up in fifth year, keep the head up and start off on the right foot. Use your weekends to go over chapters you found hard last year, or the tests you didn’t fully commit to. Put in that extra half hour when you’re getting impatient. It will be worth it. It’s only a year, and the right attitude towards the work will be crucial. You have 9 months to turn it all around, make it count.

2. Pace yourself and find your method.

The bane of my life during fifth year must have been the amount of study skills workshops and leaflets teachers throw in your face. I was once told that if I wasn’t doing six hours of study a night, I had no hope of a getting a good Leaving Cert. Well, the good news is this doesn’t apply to everybody. Studying is a skill that everybody must learn differently, and unfortunately, the Leaving Cert is, for the most of the part, just a memory game. So, do your research and find a method that works for you. For me, I needed to summarise, summarise, summarise until I had my notes on 1 A4 page per chapter. Get exam focused, don’t bother learning it if it won’t be asked in the exam. The writing will come in the exam, you just have to know your content. One of the best things I was told is that “the leaving cert is a marathon, not a sprint”. Trying to cram it all into the first or second half of the year won’t work. Pace yourself and timetable your work over the year.

3. Work with your teachers, not against them.

This one is not often said, but so often thought by students. It’s pot luck as to if you get a teacher that you work well with. Some have brilliant methods, some mightn’t work for you and some might seem like they haven’t a clue of what they’re doing. You might get half and half. I had an English teacher that was a god sent gift, a Maths teacher that finally made me understand numbers and many other teachers around the school that had my back on the bad days. However, I also got the other end of the deal with Biology and Home Ec. With results day just past, it turns out that Home Ec was, in fact, one of my higher results at a H2. The point is, your attitude towards your teachers is everything. Ask them questions, challenge their methods but don’t be the one that gives up because ‘the teacher is crap’. If you really can’t work with the teacher you’ve been given, go ask for different notes from other teachers as extra resources. Find a grinds teacher. If you need the extra help, ask for it. At the end of the day you have to sit in the driver’s seat. Work with them as best you can.

4. Mocks are there to scare you

It’s no lie to say that I was more nervous for the mocks than I was for the real thing. Bang on in the middle of the year when I was just getting my stuff together. The first time you’re tested in a real exam setting, it is quite intimidating. I can’t stress enough, the mocks are designed to ‘scare’ you into studying. They are there to give some people the kick they need to get on the books. So, if the mocks come around and you don’t feel prepared, you’re not meant to. You still have five/six months to get yourself prepared, you’re not meant to be exam ready. One thing I would strongly advise is do not look up the mocks online. They’re easy to get, but honestly what good does it do to anybody. All it will do is give you a false sense of accomplishment. Give them your best go, see where you need to work on and go from there.

If you’re like me and decided sixth year was a great time to discover the world of Suits and Grey’s Anatomy, you were unlucky. These things take time to watch. I felt like I was learning more about medicine and surgery from Derek Shepherd than I was from my Biology teacher. An important part of getting through the tough year is to make time for things you enjoy. Now I’m not talking about spending your entire weekend binge-watching 4 seasons of Greys (although I may have done that once or twice!). But if you’re a member of your local GAA club, or you go to the cinema on the weekend, or even if you just like to read, make some time for it. An hour or two in the evening is not too much to spare for something you love. These are not ‘luxuries’, this is life. Closer to the exams if you feel you need the extra study time then maybe up the hours and give the rest a break.

However, for the whole year, you need to have your headspace. For me, I volunteered as a dance teacher every Tuesday from 6-8pm, and without this, I definitely would have hated my week. The kids brought a smile to my face and it was my detox. You shouldn’t sacrifice what you love for exams. Balance is everything.

6. (Because it’s too important to leave out) – College isn’t for everybody

You’re going to be faced with major decisions this year. One thing that is so important to remember is that college isn’t for everybody. In a society where its deemed necessary for everyone to go to third-level straight after sixth year, it puts a lot of pressure on students to feel like they need to know what they want to be before they even know who they are. Although third-level might be the most direct route to certain jobs, there are so many options out there that aren’t advertised as much in sixth year. Apprenticeships, gap years, volunteering, employment, PLCs, the list goes on. College is not ‘a one size fits all’ option. Do your research, speak to the relevant people, and make a decision that’s right for you, not for everybody else. 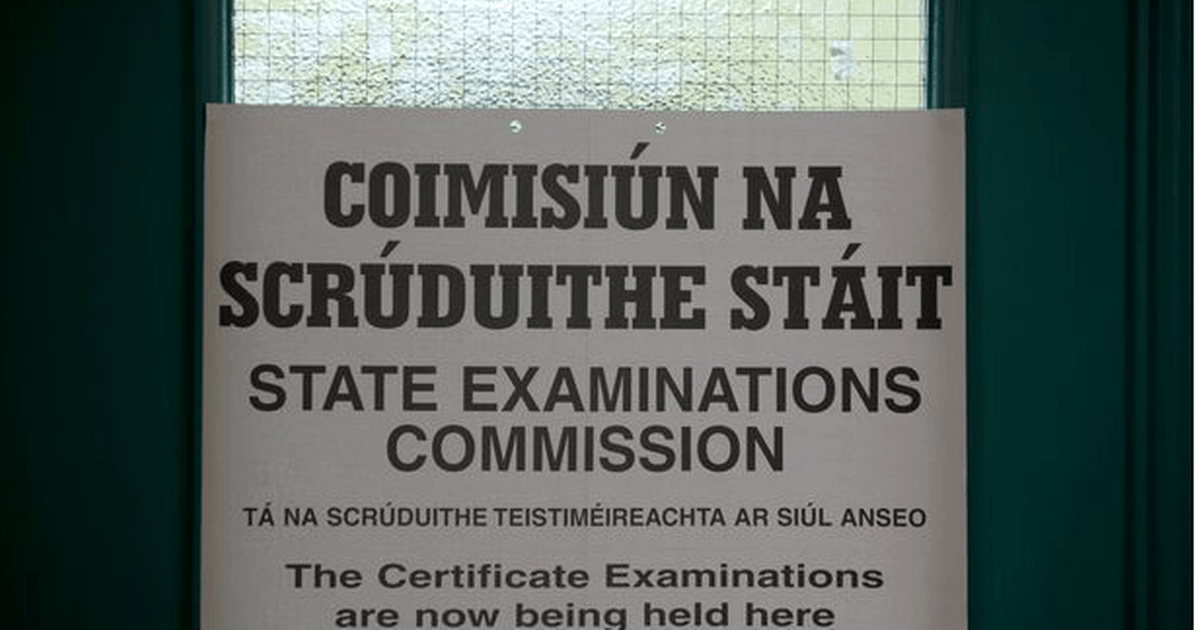 It’s important to remember guys that a number of points will never define you. Do your best and enjoy sixth year and all it brings, put in the work and you’ll reap the rewards.

18-year-old girl with a strong passion for mental health awareness and youth voice in society. Involved with a number of organisations including Foróige. Currently studying Communications in DCU.

The confusing world of the possession stat

How to Get Your Student Leap Card?

First Lecture: What to bring!