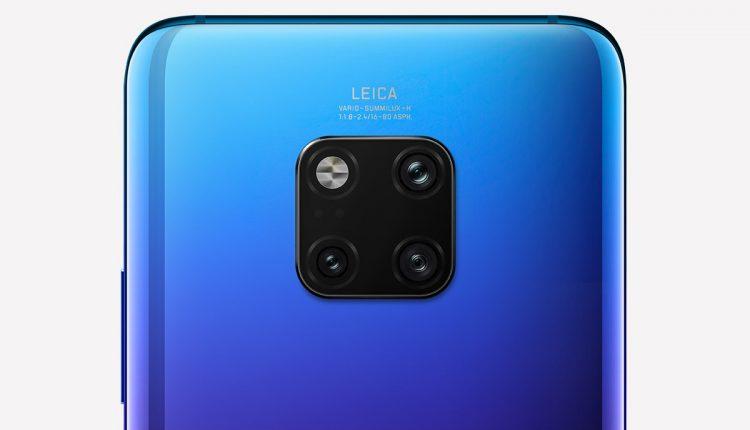 Many have alluded to the fact that the smartphone market has become stagnant, with annual updates increasingly coming in the form of minor polishes that are iterative. And, even from the point of view of someone who is a phone fanatic, today’s devices feature a homogeneous design that has remained the same for several generations. The general rise in the price of flagship smartphones has, rightly, frustrated consumers at a time when the few changes that are introduced do not warrant a hike in price.

However, things aren’t all doom and gloom in the smartphone market as quantum leaps in the quality of photos and videos captured by our mobile devices continue, generation after generation. Today’s smartphone cameras are a far cry from the ones in the past and occupy a critical part of the smartphone experience, from supporting Skype Calls, sending Snaps and live streaming video on FaceBook to making mobile Augmented Reality, well, a reality.

The continued progression of the smartphone camera, which is a plural in today’s dual, triple and quadruple camera world has involved breakthroughs in computational photography, colour science and the increased use of artificial intelligence and machine learning to improve post-processing. With processors now offering desktop-class performance, our cameras are taking advantage of this power to support new features such as ultra slow-motion video and DSLR-like bokeh effects.

Identifying the best overall smartphone camera is a difficult task, as there are devices that excel in particular categories and fall short in others. Much of it comes down to personal preference too, for example, whether you like the truth to life colours or saturated and dramatised images which pop on an OLED display. The introduction of different lenses has increased the complexity, with some smartphones providing the ability to use optical zoom and others allowing you to use a wider field of view mode.

While Apple may have come under criticism for the lack of meaningful changes and improvements with the XS over last year’s signature X device, the company has made some notable advancements in the camera space since last year. The XS packs a dual camera system on the rear, with a 12MP f/1.8 primary shooter and 12MP f/2.4 telephoto lens. Photos captured with the primary shooter feature excellent dynamic range thanks to Smart HDR+ and, as we have come to expect from Apple, true to life colours. Low-light images are impressive, with the company’s software doing a good job to remove noise. The same can be said for Apple’s Portrait Mode, which is one of the best out there, and gives you the ability to adjust the depth of bokeh during and after the photo is taken.

Apple’s telephoto lens struggles in low-light, but many won’t use this feature after sunset anyway. If you use your smartphone to capture video with the rear camera, the iPhone XS is the best device out there right now. The company’s 4K 60fps footage is smooth and free from the jitter and warping that plagues some of its rivals. Apple’s OIS system is fantastic, providing shake-free videos.

There has been some controversy surrounding the 7MP f/2.2 selfie camera on the iPhone XS. Dubbed “beautygate”, selfies taken with the XS appear overly processed, producing unnaturally smooth skin even without any beautification mode applied. The best way to describe this is to imagine yourself being portrayed as a doll. Importantly, Apple has made clear that it intends to resolve this issue in an OTA update. Leaving this aside, the XS delivers a solid selfie experience, with good detail and dynamic range. If there is one aspect of the iPhone XS that actually lives up to its price, it is the camera.

3 Samsung Galaxy S9 Plus and Note 9

The South Korean Giant has developed a reputation for knocking it out of the park when it comes to the quality of cameras included with its Galaxy lineup of devices, and this year’s Samsung flagships are no different. The Galaxy S9 Plus and Note 9 feature the same dual camera system, with a 12MP primary camera and a 12MP f/2.4 telephoto shooter that can capture photos with 2x optical zoom. This optical zoom lens is one of the best on the market thanks to the addition of OIS. The primary camera includes a trick, that up until the announcement of these phones, was limited to DSLR cameras. Samsung has managed to fit a dual aperture sensor into the enclosure, a momentous breakthrough for smartphone photography.

With this “Dual Aperture” feature, the S9 Plus and Note 9 can switch between f/1.5 and f/2.5 modes, providing enhanced versatility. Watching this mechanism in action is incredible, as the rear lens blinks like an eye as you change aperture. During hours of brightness, using the f/2.4 mode is recommended as there is ample light to capture photos. The results are brilliant, and Samsung’s inclination to over-saturate photos leaves you with images that appear incredibly pleasing to the eye. In low-light, the f/1.5 mode allows the sensor to absorb more light than most of its competitors, producing images that contain less noise and grain.

The video capabilities that Samsung has developed are excellent, and those include 4K video at 60fps and 720p video at 960fps. This SuperSlow Mode offers very pleasing footage, and stabilisation is phenomenal. The 8MP f/1.7 front-facing camera sets the standard for how your selfies should look, with outstanding performance in low-light situations and while capturing 1440p video at 60fps. If you’re a vlogger, there are few superior devices than this for you. Samsung continues to show that it can provide an amazing camera experience, year after year.

With the launch of the P20 Pro earlier this year, Huawei propelled itself forward to become one of the best smartphone camera makers out there. And the Mate 20 Pro is no different, providing a superb all-around camera experience, delivered by three rear lenses designed by none other than Leica, a Germany company that has manufactured cameras for over one hundred years. The primary camera, 40MP f/1.8, produces incredibly detailed images that many argue are the sharpest there is around. If you like saturated colours, this may be the device for you as Huawei loves to boost colour saturation in their images. The company has really pushed the envelope when it comes to low light photography with a mode that many reviewers have hailed as a technical marvel. Huawei’s Night Mode keeps the camera shutter open for four seconds with a long exposure, during which the sensor absorbs as much light as possible. The results are astounding and blow all of the competition out of the water.
The 8MP f/2.4 telephoto lens delivers 5x optical zoom, the furthest of its kind on a smartphone. This allows you to capture images of objects far away in the distance without the need to move. Due to the relatively high aperture, low-light photos taken with this telephoto lens are uninspiring, but that is the norm across the industry. Finally, the third 20MP f/2.2 wide angle lens is incredibly useful for capturing more subjects in the one shot. Essentially, the lens offers a wider field of view so you don’t have to stand back to capture that building in the corner of the photo. This feature performs admirably in use, and I think it is something that every smartphone should feature going forward.
The Mate 20 Pro allows you to capture epic slow motion content, at an amazing 960fps (720p). Moreover, 4K videos can be recorded at 30fps, and the OIS delivers a shake-free video experience. Your selfies will leave you looking like a sticker with the Mate 20 Pro as Huawei has included a 24MP f/2.0 front-facing lens. Skin tones are natural with this selfie camera, and Huawei includes Portrait Mode which uses software to apply a bokeh effect to your photos with good edge detection. There is a barrage of different selfie beautification modes on board that aim to eliminate your wrinkles and spots, perfect for those of you that take selfies all day long. Simply put, Huawei’s Mate 20 and Mate 20 Pro deliver an awesome camera experience that will leave very little to be desired.

Ever since the launch of the Pixel 2 in 2017, Google has shown that its photography-prowess is nothing to be taken for granted, with the phone managing to beat every successive rival that followed its launch. Now, with the Pixel 3, Google has taken it up a notch (no pun intended), and this smartphone packs an amazing photography experience that is the best in the industry today, and will likely remain so for some time. With just one optically stabilised 12MP f/1.8  lens on the rear, many would be quick to dismiss. However, Google is years ahead of any competitor when it comes to computational photography, that is, how your photos are analysed and processed after you take a shot. And, that shouldn’t surprise anyone as we know the company pours vast resources into artificial intelligence and machine learning projects.
Google’s HDR+ mode captures multiple photos and combines them into one, providing incredible results with exceptional dynamic range and contrast between bright and dark areas within an image. Low-light performance is phenomenal, with good stabilisation and fast autofocusing being a major help in dark environments. The company will push out a new feature in the coming months, Night Sight, which aims to brighten images in the dark, and sample shots appear brilliant.  To make up for the lack of a secondary camera with optical zoom, Google has devised a feature known as Super Res Zoom that uses software to increase the level of detail in shots that use digital zoom. In practice, the feature does as you would expect, however, it doesn’t provide quite the level of clarity achieved by smartphones that have a dedicated telephoto camera such as the iPhone XS or Samsung Galaxy Note 9. The Portrait Mode on the Pixel 3, which applies a bokeh effect around subjects, is one of the best out there in terms of its ability to differentiate between objects in the foreground and background.
Video output is excellent, with the ability to shoot 4K at 30fps. Google does a great job at removing shakiness from your videos, but the overall video experience falls just short of that with Cupertino’s flagship. The Pixel 3 features two selfie shooters, a primary shooter (8MP f/1.8) and a wide-angle lens (8MP f/2.2) which enables a feature Google calls Group Selfies. These cameras provide the same Portrait Mode as with the rear camera, and photos produced are sharp with natural skin tones. This is the best selfie shooter out there right now, and the wide angle lens allows you to fit significantly more into the frame, perfect for photos with family and friends. Hands down, Google has crafted an awesome camera experience with the Pixel 3, and the innovations that the company is pushing in computational photography are ground-breaking.
0
Share FacebookTwitterGoogle+ReddItWhatsAppPinterestEmailLinkedin

The Phone That Doesn’t Want You to Use It!