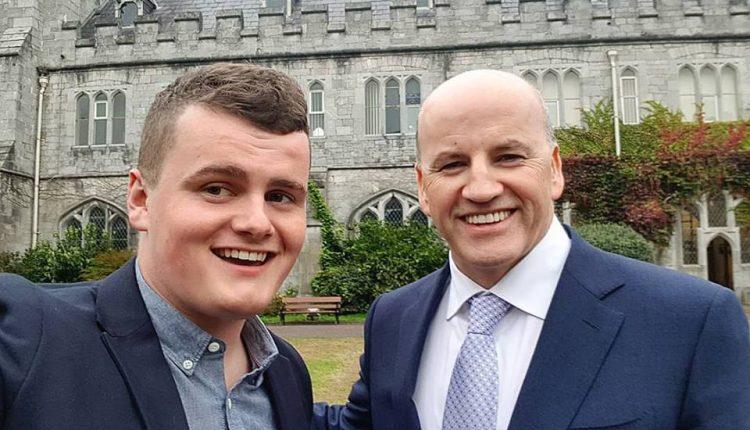 Page 3 of 8 :
What do you understand the Presidents role to be in a modern Ireland?
Next Prev

3. What do you understand the Presidents role to be in a modern Ireland?

I understand it to be… at its basic level, it’s the protector of the Constitution, but beyond that, it’s about being leadership, it’s about setting an example, it’s about setting a tone, it’s about setting a beat, it’s about setting a values system, I think that… that a dynamic… presidency… embracing change, looking outward, not looking back, standing on the foundation of the past, but not being shackled by it, and reimagining… like I know young people now… compared to when twenty five years ago, leaving school, or leaving college, we didn’t have internet, we didn’t have technology the way it is now, and in twenty years’ time, you guys will be working in jobs that are not yet developed, and you’ll most likely be working in industries not even yet conceived, that is the truth… so it’s about being able to say, how do you move to a changing world, and you know what that will be, that will not be about specific skills or abilities, or remembering information that you learned in college, that will be a mindset of valuing yourself, wanting to impact the world, making the greatest amount of change, being leaders, being able to work as a team, being able to be creative, being able to, and wanted to solve problems… and back to my original point, young people now want a life of meaning… that’s what it’s about, how does my life have meaning, purpose, can I find things I’m passionate about, and can I live my life using my strengths, that’s ultimately, I want to create that conversation, it’ll be about respect for ourselves, and others, it’ll be an inclusive society where everybody is included and nobody is forgotten about… and uniqueness is celebrated, but ultimately where everybody has a responsibility to play their part, that’s key, and ultimately that it doesn’t become a me, I, myself society, but one about us, we and together, and that’s about building, what we know well in Ireland is a sense of community.