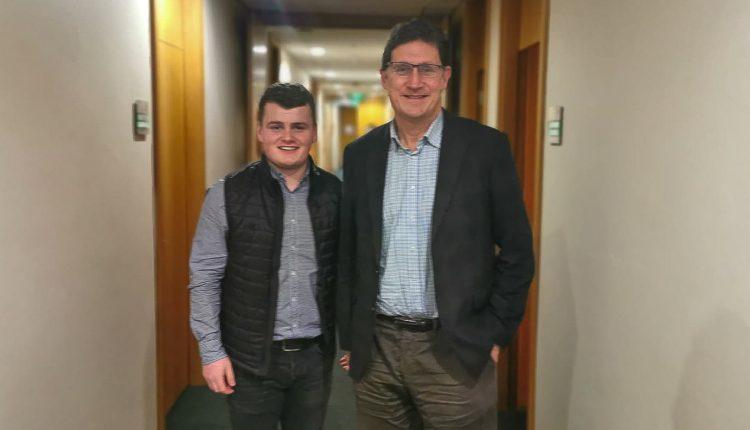 The #TrendsterGE20 Leaders Interview Series aims to help better inform young voters ahead of the impending 2020 Irish General Election. We have requested interviews with each of the leaders, and deputy leaders of all of the major political parties in the Republic of Ireland.

The first party leader to accept our interview request was Eamon Ryan, leader of the Irish Green Party. I spoke with Eamon at his office in Leinster House on Monday, 2nd of December, 2019.

Page 8 of 8 :
In 2004 you sought your party’s nomination to be a candidate in the 2004 Presidential Election. Do you still have aspirations to be President, or is Taoiseach now the goal?
Next Prev

8. In 2004 you sought your party’s nomination to be a candidate in the 2004 Presidential Election. Do you still have aspirations to be President, or is Taoiseach now the goal?

Happy where I am. Wouldn’t Taoiseach be great, because that would mean we’d have to have at least 40 Green TDs [laughing], come back to me when we have that. I said before I was on an interview, and someone asked the question would you like to be Taoiseach, I said, of course I would. Like, if you’re playing soccer, you want to play for Liverpool, of course you do, you know, be honest. But I think the likelihood of that is fairly slim. My only aspiration at this stage is managing our party into the next election and seeing how we get on. We have always had a review after every election, the party leaders position is considered and the same will happen next time.

I think to a certain extent, one of the strengths of our party at the moment is we have lots of really good people coming up and coming through. I’m just here kind of passing on some of the qualities or stuff that I learned from colleagues in the past and someone else will keep it on and who knows who will come up next. I think to a certain extent, our party is, it’s not very hierarchical. It’s more flat, diffuse kind of structure. It’s not all about the leader. It’s much more about what we’re doing as a team. I’ll be a team player for the next while